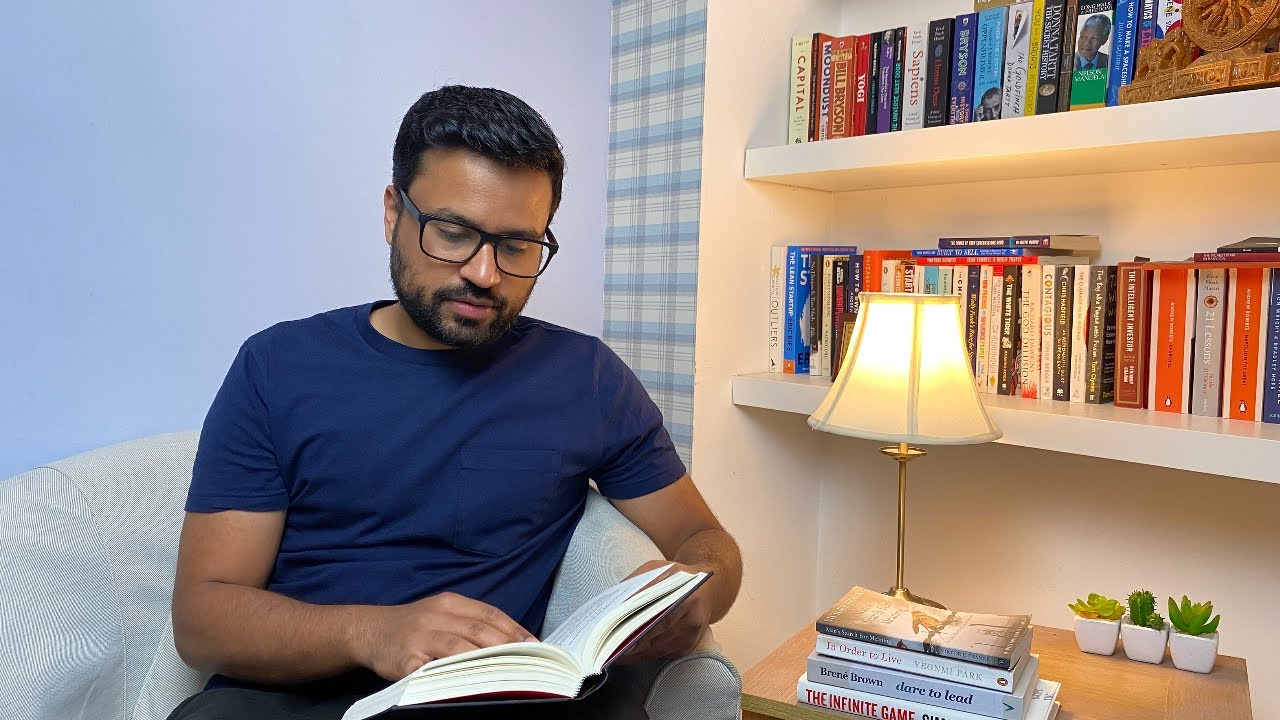 To raise awareness about Mental Health, we teamed up with New York City–based Fountain House, which focuses on the recovery of people living with mental illness.

Together, we curated a collection of books by writers who share their experiences with mental health in meaningful and insightful ways—books that help us understand our own struggles, learn from others’ journeys, and ultimately move forward together.

1- Marbles: Mania, Depression, Michelangelo, and Me by Ellen Forney

Soon after turning thirty, Forney was diagnosed bipolar disorder. She had been experiencing mania for several years, but was afraid that medication would stifle her creativity.

After searching for alternatives, she found a way to maintain her creativity without taking medication.

To understand the popular idea of the “crazy artist,” she looks at the lives and works of other famous people who suffered from mental illness, including Vincent Van Gogh, Georgia O’Keeffe, William Shakespeare, and Sylvia Plath, among others.

She also researches the clinical aspects of bipolar disorder, which includes the strengths and weaknesses of different treatments and medication, and what research tells us about trying to cure someone with a genius mind.

Forney’s book offers a vivid look at the effect of bipolar disorder on an artist’ s work, as she shares both her own story and the stories of others who have struggled with mental illness.

2 – Gorilla and the Bird by Zack McDermott

Zack McDermott, 26, a public defender in Brooklyn, woke up one morning thinking he was being recorded, like Truman Capote’s character in “In Cold Blood,” as part of a reality show.

He had no idea how his life would change after he went out into the streets of New York City. Everywhere he looked, people were actors, cars stopped for him, and everything was a prompt from the producer.

When he got off the train, he was taken to Bellevue Hospital where he told doctors about his delusions. They diagnosed him with bipolar disorder.

So begins the story about Zack’s descent into madness. He starts by traveling from New York City back home to Kansas where he meets his mom, the Bird.

She has been struggling with her own mental health issues for years now and she tries to help Zack through them.

Before his odyssey ends, Zack will be confronted by guards in mental hospitals, run naked through corn fields, receive secret communications from television shows, befriend a former Navy SEAL and his talking stuffed animal, and meet the Virgin Mary in the swirls of his own back hair, but with the Birds’ help, he may have a chance at surviving, beginning anew, and possibly finding someone who loves him for himself, bipolar and all.

A raw and unforgettable story of a young man’s emotional journey through life.

An intriguing book that examines the history, uses, controversies, and benefits of lithium, which is used by millions of patients battling bipolar disorders.

It all started in Los Angeles in 1993 when Jaime Lowe was just 16. She stopped sleeping and ate, and became increasingly paranoid—seeing demons everywhere, hearing voices, and drawing images in her journal.

Eventually, hospitalized and given a diagnosis of Bipolar Disorder, Lowe was prescribed Lithobid, a pill containing three pink tablets.

In Mental, Lowe explores her experience with bipolar disorder and the impact of taking mood-stabilising medicine.

She talks to scientists, doctors and patients about whether the benefits of these drugs outweigh the risks.

While adjusting to a new medication, her pursuit of a stable lifestyle continues as does her curiosity regarding the history and science behind the mysterious element that shaped her outlook on the world and allowed her years of sanity.

She travels to Bolivia, rural America, and Lithia spasms that are still considered a toner for curing all ailments. With unflinchingly honest and humor, Lowe allows readers a clear-eyed look at her own story, and an engaging investigation into one of humanity’s oldest medical questions.

A critical look at the state of mental illness in our courts, jails and prisons

America made mental health care a priority. Jailers in New York, Los Angeles, and Chicago each house more people with psychiatric problems than any hospital.

As many as half of all prisoners in America’s jailhouses and penitentiaries have a psychiatric problem. One in four fatal police shootings involve a mentally ill individual.

Journalist Alisa Roth explores the dark side of the U.S. prison system in her new book, “The New Jim Crow.” She shows how and why the system has become a warehouse for people who are often treated badly, even when they’ve done nothing wrong.

Roth reveals the hidden forces behind the current prison boom and suggests how a fairer and more humane approach could look. It’s a galvanizing call to action for criminal-reform advocates and anyone concerned about the fate of our most vulnerable.

5 – Everything Here is Beautiful by Mira T. Lee

A dazzling novel of one sister who has lost her husband and another sister who has just found out she is pregnant. They must overcome their grief and learn to live again.

Two Chinese-American women – Miranda, the older, responsible, always her younger sibling’s guardian; and Lucia, the headstrong and unpredictable, whose impulses are enormous and, often, change everything.

When Lucia begins hearing noises, it is Miranda who needs to find a way to get to her younger sibling. Lucia impulsively plunges forward, but the bitter constant remains that she actually is mentally ill. Lucia leads an extravagant lifestyle, until, eventually, she crashes down to Earth.

Miranda leaves her own life behind to save her younger sibling, but only Lucia can decide if she really needs saving. The bond between sisters stretches across oceans, but what does it take to destroy it?

Everything here is beautiful is, at its core, an immigrant story, a young woman’ s journey to discover fulfillment and a life without constraints from her illness. It is also a memorable, gut wrenching story of the sacrifice we make to really love someone and when loyalty to one‘s own must prevail over all.

Until recently, Marya Hornbacher had no idea that she’d been living with type 1 ultra-rapid-cycling bipolar disorder (the most severe form of bipolar).

Bipolar disorder often begins in adolescence or young adulthood, but sometimes it starts at an even younger age. It affects approximately 3 million Americans. For some people, it

Through scenes of stunning visceral and emotional power, Hornbaker tells us about her own desperate attempts to counter violently careening emotions.

She describes how she fought her own ways up from a mental illness that nearly destroyed her, and what it was like to live in a challenging and often beautiful life and marriage where bipolar disorder always beckoned.

7 – Swallow Me Whole by Nate Powell

Swallow Me Whole is a novel carried by a series of surreal elements, including roller fog, terminal disease, hallucinations, insect armies, and a lack of skepticism.

His most ambitious book yet, Powell explores the darker corners of adolescent life, including the myriad ways in which we cope with mental illness, the fleeting joys of prescription drugs, the confusing world of family dynamics, and the way our relationships with animals may be telling us something important about ourselves.

A suburban ghost tale that will haunt readers long past its final page, Swallow Me Whole by Nate Powell is a landmark accomplishment for both artist Nate Powell and his publisher Fantagraphics Books.

Psychiatric Tales is an award winning graphic novel about the experiences of mental illnesses. It was written by Darryl Cunningham who spent three years working in a psychiatric hospital.

He describes his experiences in a realistic manner, showing the reality of what happens inside a mental institution.

Cunningham explains how society’s views of mental illnesses can lead to unnecessary discrimination against these patients.

Psychiatric Tales is an important book because it helps readers understand the realities behind mental illnesses.

As a result of his experience with mental health issues, Darryl Cunningham has written an insightful book called Psychiatric Tales. It explores what it means to be human from a psychological perspective.

In addition to being an artist, he works as a teacher, and also writes articles for magazines such as “The Guardian” and “Funny Times.” This is his first book, and he hopes to continue creating books in the future.

9 – The Quiet Room: A Journey Out of the Torment of Madness by Lori Schiller and Amanda Bennett

A moving, harrowing, and ultimately inspiring account of mental illness and the strength of perseverance and courage, Lori Schiller’s book is a classic testament to the ravages of depression and the resilience of the human spirit.

At seventeen Lori Schuler was the perfect child – the only daughter of an affluent family. Six year later she made her first attempted suicide, then wandered the streets dressed in ragged clothes tormented by screaming sounds in her head.

Lori Schuler had fallen into the terrifying realm of full blown schizofrenia. She started an agonising journey through hospitals, half-way homes, relapses, more attempted suicides and constant, relentless despair. But despite everything, she survived.

She shares her experience of going through depression and how she overcame it by herself.

A book by Dr. David Healy, chief of psychiatric services at Bellevue Hospital in New York City, reveals the inner workings of a hospital where he worked as a resident doctor. It shows how patients were treated through the eyes of a doctor who was there every day.

Welcome to Bellevue Hospital Psychiatric Ward, a maximum-securiy hospital and inpatient psychiatric ward for the inmates of the NYC jail systems, with its hub on the island of Rikers.

It is a world full of heartbreak, violence and pain, where severely sick men are often left in a tangle of court, jail, and bureaucratic red tape. It is also a world of challenges, redemption, surprise, and hope.

Here, tough, hardworking docs and nurses struggle to care for and protect a population that many wish they could ignore. This is where Dr Elizabeth Ford, now the chief of psychiatry for Correctional Healthcare Services for New York City’s health and hospitals, finds her passion.

Dr. Ford shares how she cared for these inmates – from one of the most hated inmates at Rikers Island, who cried when discussing his abusive upbringing; to the writer, who agreed to treatment in exchange for her opinion about the beginning of his book; to the 24 year old schizophrenic who was found healthy and happy after finally receiving the correct medications.

Ford’s gripping account is full of harrowing incidents and episodes of violence, but also touching tales of compassion and hope amidst overwhelming dysfunction. Her book is both eloquent and urgent, offering compelling evidence that sometimes amazing people emerge from horrible situations.